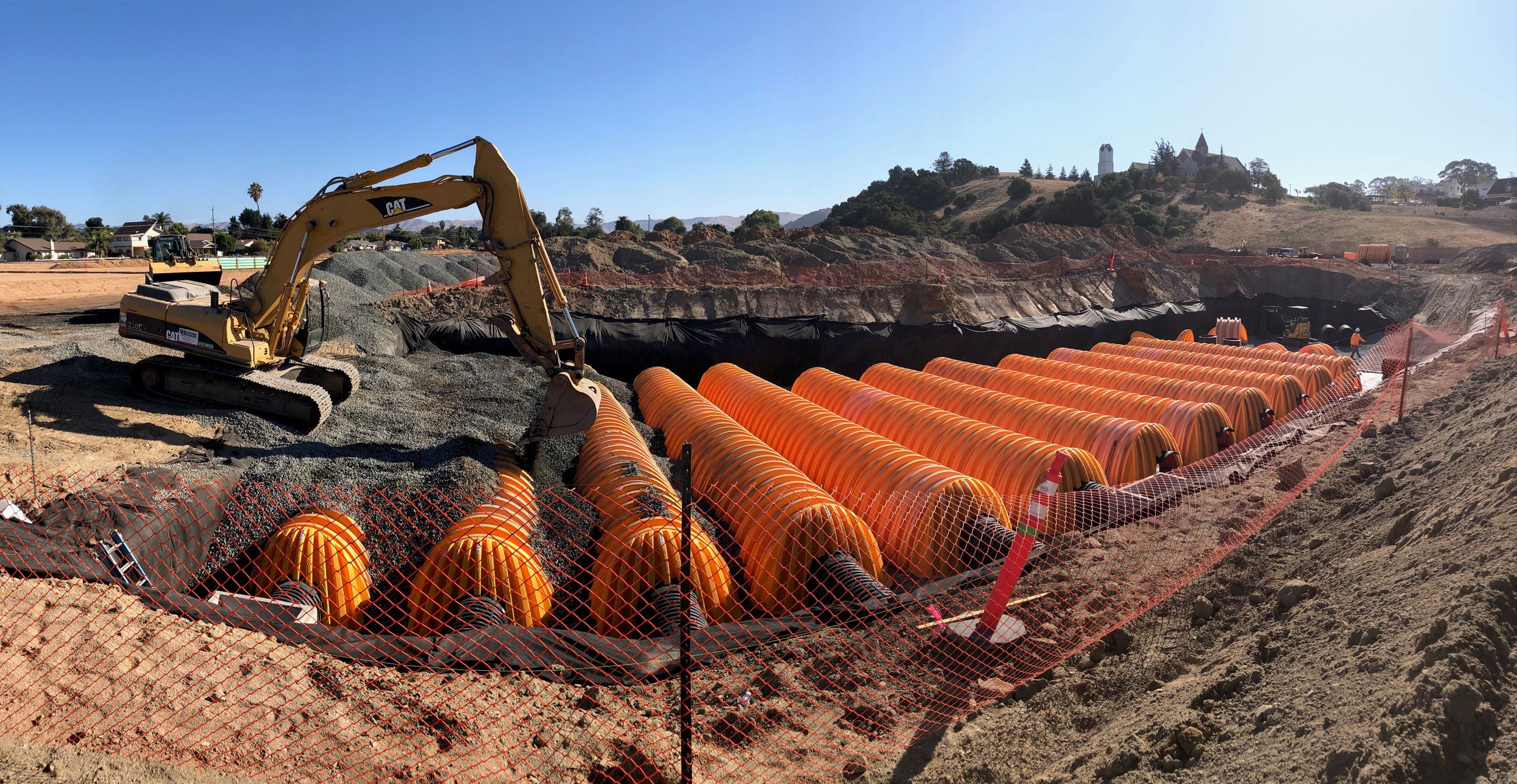 The City of Arroyo Grande is enrolled in the Phase II Municipal Storm Water Program as required by the State Water Resources Control Board. The program requires the City to develop and implement a Stormwater Management Plan (SWMP) in order to reduce or eliminate pollutants in stormwater runoff and minimize illicit discharges.

In February 2013, the Water Board adopted a new NPDES General Permit for municipal storm water discharges. The new General Permit significantly changed the State's storm water standards, program structure, and reporting requirements. These changes impact all municipalities and other entities governed by the General Permit.

The new General Permit requires that the City produce a new "Guidance Document" (which the City will continue to refer to as a SWMP), and redefine our City's overall permit and implementation requirements. The new SWMP must include identification and assessment of the existing BMPs, and whether or not their implementation will be maintained, reduced, or ceased.

Most of the new requirements have to do with illicit discharge detection and elimination (such as creating new commercial/industrial facility inventories, maps, and inspections), as well as monitoring (new specifics for visual monitoring, field sampling, and remedial actions).

The City's Public Works and Community Development Departments are responsible for coordinating the implementation of the City's Stormwater Management Program. This comprehensive Program is required under the Phase II Storm Water Regulations regulated by the State Water Resources Quality Control Board (SWRQCB), San Luis Obispo Region. The primary goal of the Program is to minimize urban runoff entering the municipal storm drain systems and carries bacteria and other pollutants into our local creeks, watershed and to the Ocean.

As part of these requirements, the City of Arroyo Grande has been mandated to establish a set of minimum-designated Best Management Practices (BMPs) and Pollution Prevention Methods (PPMs). BMPs are steps taken to minimize or control the amount of pollutants and runoff. PPMs are strategies to eliminate the use of polluting materials, and/or not expose potential pollutants to rainwater or other runoff. These BMPs and PPMs apply to all aspects of daily life within the City of Arroyo Grande.

Our Water Our World