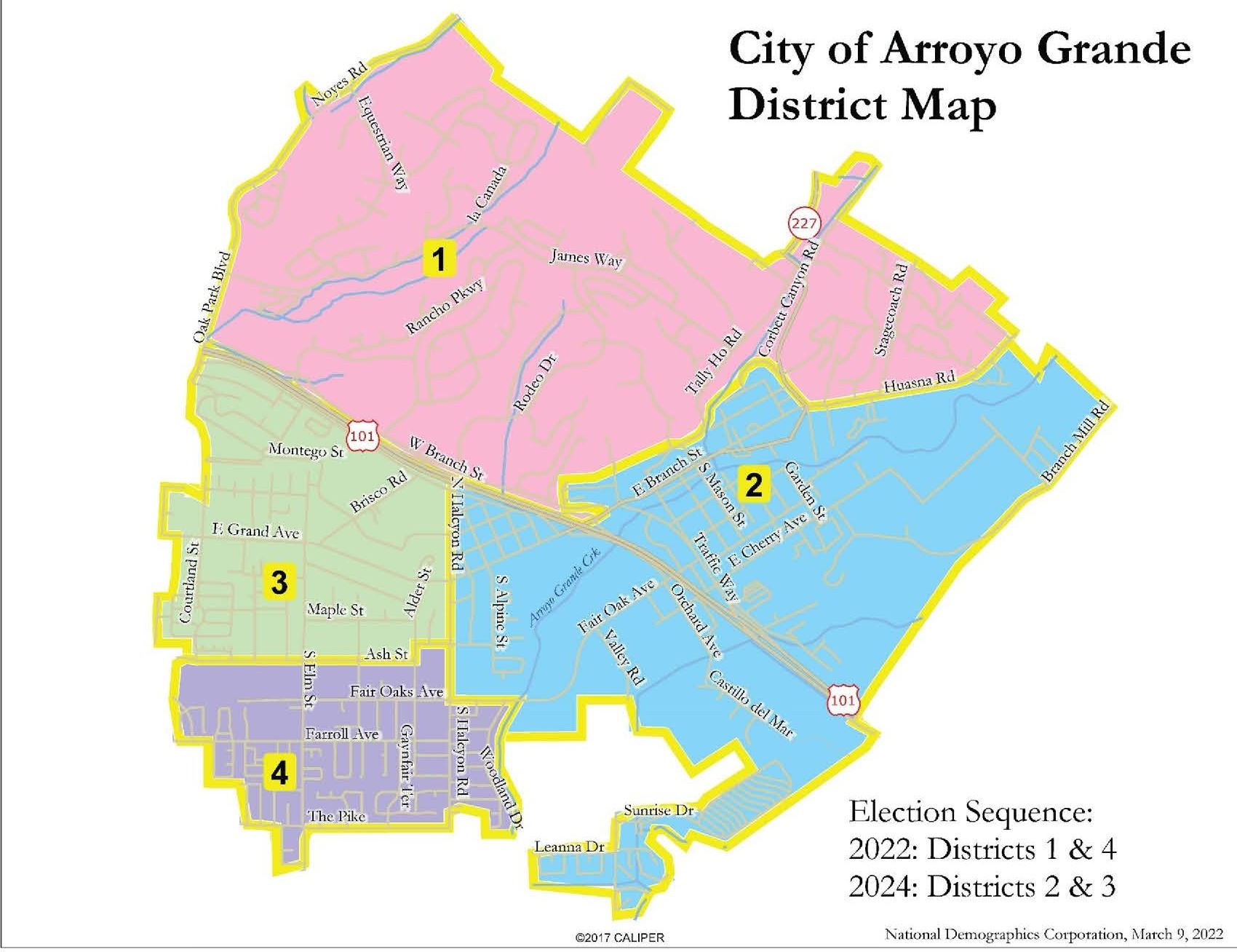 The City of Arroyo Grande, like many cities and school districts across the state, is making a change in how voters elect its City Council. Beginning in 2022, voters will vote for one City Council Member who lives in their district. This will replace the current system of at-large citywide elections in which voters have the ability to vote for all City Council Members. The Mayor seat will continue to be elected at-large.

Ordinance No. 713 with Adopted District Map

Please send any questions to City Clerk, Jessica Matson at jmatson@arroyogrande.org; or contact the City by phone at 805-473-5418.